I just finished "Scarlet Fury" (Available August 26th 2014)  let me tell you I loved it! Bridget Blackwood has out done herself on this one.  I mean I loved "Rising Shadows" but "Scarlet Fury" kicked it up several notches.  This book was so good that I wanted to wake my husband up to tell him all about it. 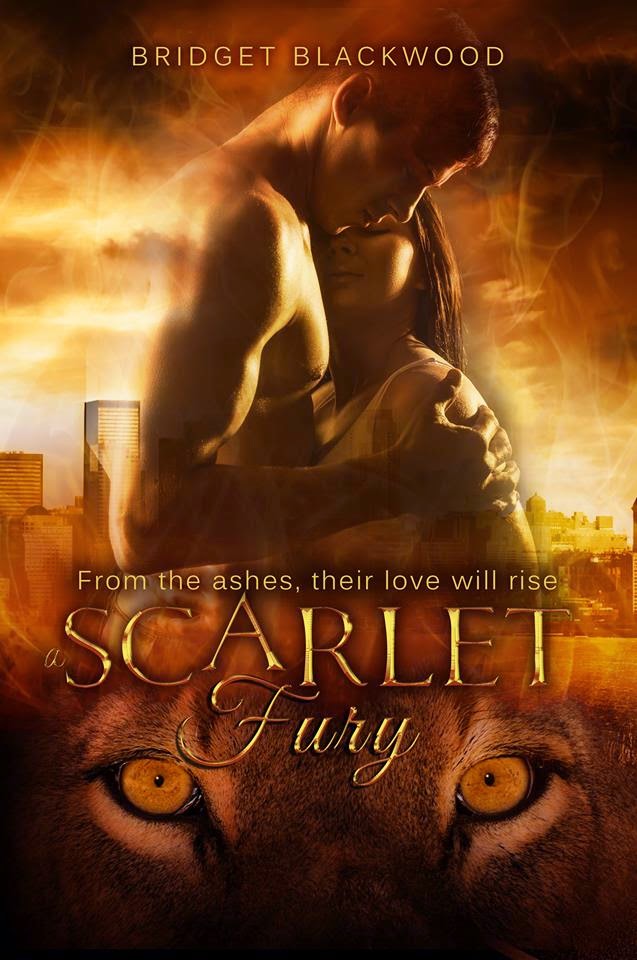 
I love it when an author tackles an often taboo subject. Bridget not only tackles the subject of rape she does so with care. She does not just have a character raped, she takes us through the recovery process with the character.  We see the effect that rape has on Madalaina, we witness the brutality of the rape, we witness the effect it has on her relationship with her family and friends and we also see the effect the rape has on her family and friends. A lot of people think that rape only effects the person who is raped, this is not so. Rape has a ripple effect.  Walking through recovery with Madalaina and her family and friends touches on just what these victims go through and how important it is for them to have time to heal and someone to talk to either professional or not.

Let me tell you a bit about each character that you will meet in this book.

Madalaina is the strong willed daughter of the now retired Alpha Prime and sister to the current Alpha Prime.  Tired of being smothered by guards and family, so she gives her guards the slip while out on a shopping trip with her sister in-law Rachel who is very pregnant.  Rachel is being driven nuts by Bastien who is being overprotective. When they finish shopping and are about to put their packages in the car, when Madalain feels a sharp pinch on her neck, reaching up she discovers a dart which she pulls out. Her world goes black and she wakes in a dark room. (for more information on Rachel and Bastien please read "Rising Shadows" just .99 for your Kindle)
Madalain is worried about Rachel and the baby, are they alright, did they escape?  She finally has her answer when Rachel is brought in to see Madalain. By this time Madalain has been brutalized in every way imaginable.  Rachel is then taken away.  Blood is taken from Rachel. and a doctor is planning to preform a C-section on Rachel so that he can take her baby.
Rachel and Madalain are saved from death by Cleary, Bastien, Varian and Nikolai.  Rachel is taken straight to the hospital to give birth since recent events have brought on early labor.  Madalain is taken home to be cared for by her family and their trusted doctor.  Bones that were broken and left to heal without being set must be re-broken and set to heal properly.  What the doctor can not fix is Madalain's mental state.  Even her best friend Tsura can not seem to reach Madalain.

Madalain feels trapped and needs space. When her estranged older brother Athan comes to visit and check on her, she decides to leave with him and go stay in his mountain cabin far away from people. It is in the mountains that Madalain starts to heal. She makes some new friends and finds a surprising place hidden in the woods.

I will not go into all the twists and turns but I will say, this books is action packed and an emotional roller coaster ride.  It is a great book!  I would advise you to first pick up "Rising Shadows"  so you have the back story on Rachel and Bastien. It will also give you more understanding of some of the characters that you will see in this book.  Rising Shadows is a great read as well. 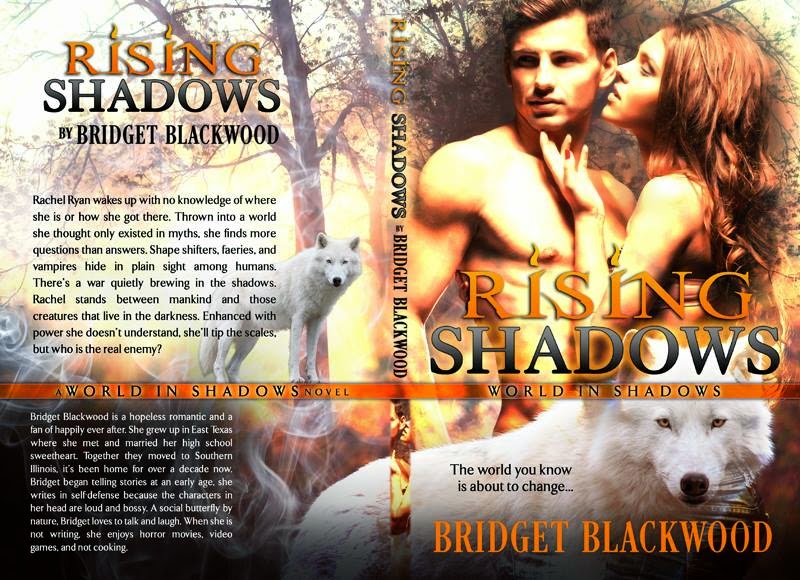