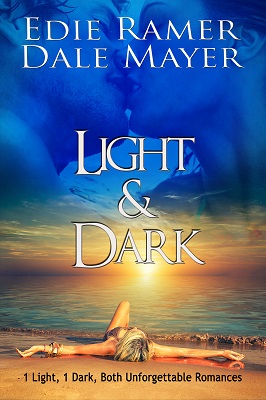 First up the light book "Hearts in Motion"  Book one in the Rescued Hearts series. Written by Edie Ramer.
Let me just say this is such a sweet romance and such a clever concept. I love the female protagonist Abby Primm she is so down to earth  and loving. Abby is a well written character she will undoubtedly remind you of someone you know and love. Struggling to get her business started while raising her little sister after the tragic death of their parents. Abby has rescued three strays one big Golden Retriever named Lion and  two cats Quigley and Minnie and is fostering a kitten Epic.  She agrees to care for a six year old little girl to help supplement her income for a couple of weeks following her latest let down with her business.  Turns out the adorable and troubled little girl belongs to Holden Ramsay a wealthy businessman.  Abby doesn't have a very great first impression of Holden after watching his interactions with Cara his daughter.
Holden this guy is such a sweetheart, but he has been hurt pretty bad and his childhood was not the best.  To spite all of what life has thrown at him he has a big kind heart that he doesn't want to have broken again.  He doesn't know what to do with Cara since he has not seen her since she was born.  He quickly learns what it is like to have the love of a small child thanks to Abby.
Holden is engaged but finds himself falling for Abby. These two need a little push in the right direction and that comes from the most unlikely of places.  I love how the author has not only incorporated animals into this story but she gives them true personalities, and makes them a wonderful part of the entire book.  Snatch this one up for a fun light read when you need a lift in your mood.

Next up: The Dark Book.  "Tuesday's Child"  Written by Dale Mayer
When they say dark they mean dark with this book.  I truly loved this book. Samantha the protagonist is an untrained Psychic with a rare gift. A gift that throws her into the bodies of victims of violent crimes as the crime is taking place.  Sam is kind of a recluse living out in the country alone and working in the local veterinarian's office part time. She has her large dog Moses for company and that seems to be all she needs. Sam has started a new life after a run in with a nasty deputy in another city. She just wants to be left alone. But her visions drive her to make contact with the local police department, and their view of her visions is one of disbelief and suspicion.  Sam runs out of the station in distress but knowing that she has done all she could to help the poor woman in her vision.
Detective Brandt Sutherland a compassionate man with drive and determination.  Brandt seems set on being a part of Sam's life whether she wants him there or not.
Tracking a serial killer through Sam's visions seems like a long shot but one that Detective Brandt is willing to take if it helps catch the killer. Brandt has worked with Psychic's before with good results. Some other officers in his department are not convinced and pose a problem for both Sam and Brandt.
This one is truly a dark tale. Well written and believable. I do not want to write too much for fear of giving too much away. This is not a light read and one you might not want to read alone at night.  I loved both of these books and will be reading other books from both authors.  I wish I could give them more than five stars!!

Here is a little bit about each of these authors:  A little about Dale. 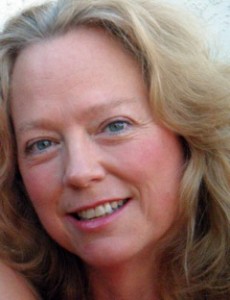 
The above is from Dale.
Edie wanted to add a few insights: What most readers don't know is that while Dale writes over 3500 words a day, she's also renovating a house - and doing a lot of the work herself - plus making meals and desserts from scratch. And she has four children.

Lately Edie has wondered if it's possible for a normal person to do so much. Could it be possible that Dale is really an AI masquerading as a person?

A little about Edie.

Also a USA bestselling author, Edie Ramer writes in multiple genres - romantic suspense, contemporary romance, paranormal, scifi romance and mysteries. Her stories often have dogs and cats in them, and there might be a dragon or two. All her books come from her heart, especially her new Love & Murder series with stand-alone books that include love, murder, Marines, strong heroes and heroines, smart heroines and heroes, a child in need, tension, humor, sadness, and happiness.

She's funnier on the page than in real life. She loves hearing from readers, so connect with Edie online:
Edie's website / blog / Facebook / Twitter / Amazon
I would like to add that after emailing with Edie I have found her to be extremely nice and she truly does seem to love communicating with her readers.
Posted by Cricket at 6:28 PM